On April 4th, 2012 a 77-year old Greek, now identified as Dimitris Christoulas, who at around 9 am took his life in the middle of Athens' central Syntagma Square with a bullet to his head. His full suicide note has been released. The note, presented below, ends in a solemn call to arms to "hang the traitors of this country."

"The Tsolakoglou government has annihilated all traces for my survival, which was based on a very dignified pension that I alone paid for 35 years with no help from the state. And since my advanced age does not allow me a way of dynamically reacting (although if a fellow Greek were to grab a Kalashnikov, I would be right behind him), I see no other solution than this dignified end to my life, so I don’t find myself fishing through garbage cans for my sustenance. I believe that young people with no future, will one day take up arms and hang the traitors of this country at Syntagma square, just like the Italians did to Mussolini in 1945"

Georgios Tsolakoglou was the first collaborationist prime minister during Germany's occupation of Greece during the Second World War.

The reference has been widely interpreted as a comparison between the wartime collaborationist government and the current government of Lucas Papademos.

The suicide occured shortly before 9am, as people went about their business on the square. Christoulas, 77, shot himself while standing next to a tree on one of the grassy areas on the square.  He died from a single shot to the head, reports say.

He was a retired pharmacist, with a wife and a daughter. He sold his pharmacy in 1994.

Laos head Yiorgos Karatzaferis noted in Parliament that the bullet that killed the man in Syntagma, also hit the conscience of the Greek political sphere. "This is not just a person that killed himself", he said. "This event should make us understand that we have all been behind this, we have all pulled the trigger. What did this man see from us, before deciding to take his own life? He saw shady goings-on, he saw none of those that stole from him and the Greek people go to jail. What else did he see? He saw no help coming his way, as he tried to deal with his loans and debts. What did this man hear from us? He heard that no slack would be given to him, no room to move, while the political parties would get plenty of money. Money they did not deserve"

"Death isn't just to die, it's also to live in despair, with no hope", New Democracy head Antonis Samaras said of the event, before adding that "incidents like these are what makes the fulfilment of our duty even more important and even more urgent. We must help Greece out of its current state, we must help Greeks escape from despair".

"We have watched all this time as suicides have escalated dramatically in our country, a product of the disgraceful financial policies followed by New democracy and Pasok", was Syriza MP Litsa Amanatidou - Pashalidou's take on the event.

Independent Greeks leader Panos Kamenos called for the suicides of those involved in the country's current state. "It wasn't this man who should have commited suicide. Rather, it should have been those politicians that knowingly led Greece to be crushed by this vice", he said.

Yiannis Dimaras, party leader of  the Hellenic Citizens' Charriot stressed that "those who have voted away all the rights of this country, those who have given our dignity away, are those that are guilty for spilling the blood of this Greek pensioner".

Dimitris Zafiriadis, party spokesman for the Democratic Alliance said that this action was an indication of the desperation that a large segment of Greek society is currently feeling, as it watches its way of life being violently altered".

The shocked Greek community is issuing calls for a "Syntagma afternoon" later on Wednesday.


The financial crisis in Europe has posed major threats and opportunities to health. We trace the origins of the economic crisis in Europe and the responses of governments, examine the effect on health systems, and review the effects of previous economic downturns on health to predict the likely consequences for the present. We then compare our predictions with available evidence for the effects of the crisis on health. Whereas immediate rises in suicides and falls in road traffic deaths were anticipated, other consequences, such as HIV outbreaks, were not, and are better understood as products of state retrenchment. Greece, Spain, and Portugal adopted strict fiscal austerity; their economies continue to recede and strain on their health-care systems is growing. Suicides and outbreaks of infectious diseases are becoming more common in these countries, and budget cuts have restricted access to health care. By contrast, Iceland rejected austerity through a popular vote, and the financial crisis seems to have had few or no discernible effects on health. Although there are many potentially confounding differences between countries, our analysis suggests that, although recessions pose risks to health, the interaction of fiscal austerity with economic shocks and weak social protection is what ultimately seems to escalate health and social crises in Europe. Policy decisions about how to respond to economic crises have pronounced and unintended effects on public health, yet public health voices have remained largely silent during the economic crisis. 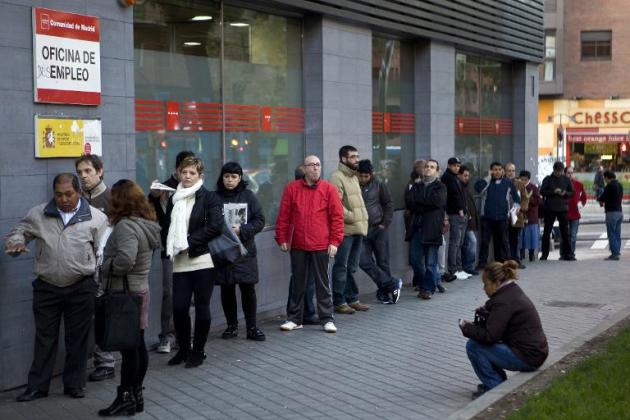